Empowered for Mission (Eph 4) – Gifts for Community and Mission

We can equip people to grow in life & mission in different ways. 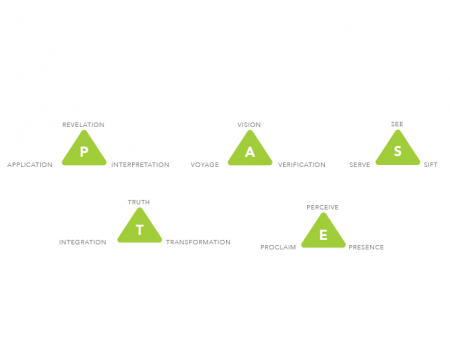 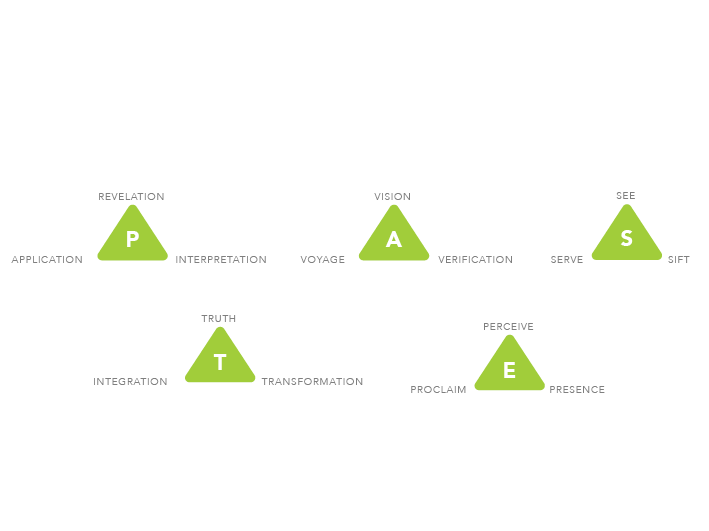 ACTION
What might be a next step for you to apply what you’ve learnt?

And one of the passages that I think is really helpful, one of the concepts that and one of the truth that it contains is Ephesians chapter four. I don’t know whether you what you’ve heard and how you’ve heard interpreted, or how you’ve interpreted, Paul’s language around apostle, prophet, evangelist, pastor and teacher. But I find that language incredibly helpful. Not everyone does. But I find it incredibly helpful to look at the way that each of us plays a different and distinct but connected part in this in this ministry, in this call to make disciples who make disciples.

So Ephesians chapter four, says this, let me read it to give it a little bit of context. Paul’s writing to this network of churches. It’s not just Ephesians Baptist Church or Ephesians, uniting or Ephesians Anglican Church, it’s this network of churches in and around Ephesus that have been planted out of the coaching cluster that Paul had in Ephesus in Acts chapter 19. And from there, his guys, Paul, actually, ironically, stopped church planting at that point. And it’s actually his guys, the people who as a part of his small group, as he invested in a few for the sake of the many, they’re the ones who planted these churches. And now Paul writes to these believers, and it says this.

Ephesians 4:7 “But to each one of us, Grace has been given as Christ apportioned it”, just really important to understand this language, to each one. That’s language that Paul uses elsewhere in Romans 12, and 1 Corinthians 12, to introduce a discussion about spiritual gifts, and he’s doing exactly the same thing here.

Spiritual gifts discussions, Holy Spirit discussions and language in the New Testament is always “everybody gets to play” language. The Holy Spirit and the spiritual gifts are not reserved for the elite few, all of us have access to the same spirit he lives in us. So no one’s disqualified, no one’s excluded from that.

So to each one of us, Grace has been given, has been given as Christ apportioned it. And then he quotes from Psalm 68, just to flesh out his thinking around gifts, and ascension, and, and his giving of the gifts. And then he picks up in verse 11. “And so Christ Himself gave the apostles, the prophets, the evangelists, the pastors and teachers to equip his people for works of service so that the body of Christ may be built up until we all reach unity in the faith, and in the knowledge of the Son of God and become mature, attaining to the whole measure of the fullness of Christ.”

Interesting, the track is from immaturity to maturity. Maturity is not just, you know, a lot or you’ve been around a long time, no. It’s been activated, it’s being faithful, it’s being faith filled. And it’s discovering and playing out your role as a gift to the community into the mission. It’s interesting, because this passage is the one discussion of spiritual gifts where in the other discussions that Paul has around spiritual gifts, he talks about the things that are given, the tools or qualities or things that people have. Here it’s the people who are described as the gifts – apostles, prophets, evangelists, pastors, and teachers.

Let me just finish verse 14, “then we will no longer be influenced tossed back and forth by the waves and blown here and there by every wind of teaching by the cunning and craftiness of people in their deceitful scheming. Instead, speaking the truth in love, we’ll grow to become in every respect the mature body of Him, who is the head that is Christ. For him, the whole body, joined and held together by every supporting ligament grows and builds itself up inl ove as each part does it’s work.”

It’s interesting, when I read this many, many years ago, this passage, I thought it was all about leadership. But it’s interesting, the word leader, or the word leadership is actually not in this passage. But language of body, each part doing its work each to each one these gifts are given. That’s the language that’s discovered here. And it’s not just reserved for the mature, everybody gets to play.

I actually think it’s really helpful to discover that and think about the fact that Paul by this stage in his ministries, he’s writing right towards the end of his life, and he’s writing to the leader to the movement, and to the people that have been a part of this movement that he has been a key leader of. At least in part, he’s seen at least five kinds of people that he would describe here as gifts to the community and the mission. Really important when he sees church, it’s community and mission, there’s no community without mission, there’s no mission without community.

But here, he he sees that, that at least five kinds of people, the apostles, the prophets, the evangelists, the pastors, and the teachers. And this language actually, in no, it’s not a song and dance or you know, loud, you know, making a big deal about it language in the New Testament, but it does, it works its way through his other writings, it works its way through the language of Acts, is these different kinds of people, all wired and created and crafted and designed in different ways by the Holy Spirit, each get to play their role.

I actually think that’s incredibly helpful. Because sometimes we can just think discipling people towards faith is for Apostles and Evangelists. You know, they’re talented Maverick evangelists, who we sort of celebrate and are actually secretly terrified of, and if all we ever hear is the stories about what they do, it’s like, we cheer and then something gnawing inside us thinks well I could never be like that. And yet, Paul, in this passage, wants to say nothing could be further from the truth.

And so I actually think it’s really helpful and to just let me just talk in terms of, of, of the fact that these these gifts, these people who us as gifts, and you know, are there five A’s? I don’t know if there’s five, if there’s four, if there’s 12. I don’t know, I wouldn’t die on that hill, but at least five kinds of people that Paul has seen activated, and overlapping and being the body as this movement grows, and spreads and multiplies. Apostle, prophet, evangelist, Shepherd and teacher.

Just to strengthen people’s hand, I often look in terms of are the people who are I am investing in, I’m coaching, I’m discipling, what kind of characteristics are demonstrating themselves, are showing themselves or manifesting themselves, in the people that I’m investing in, and coaching. And for me, often what I see is, if I can identify that, I can help them connect with the way that they see mission, the way they are wired up for being and bringing good news.

If they’re a prophet that they’ll be looking at what’s current reality, what is and often what is not, around them. And so where apostles look for possibilities, I think sometimes prophets are really attuned to looking for problems; which doesn’t mean the negative, it’s just they can see what is not, they can see gap and lack and need. I want to help that lens be a stepping stone for prophets, not just to stay in the church, but for prophets to take up their role, their unique role, in being and bringing good news.

So possibilities, problems, passions, pastors or shepherds, they often, their lens towards mission and towards life is people. And so often I want to  Where are people in need? Where are people showing that they are open, but using that lens of connecting with people, looking after people, going to the last ,the least and the lost? I think often pastors, people who are wired up as pastors, are often the best advice at finding the last the least, and the lost.

So possibilities, problems, passions, people, and teachers are not just designed to be stuck behind a pulpit. Teachers are there because they see potential. Some of the greatest coaches I’ve ever met are teachers when they realize that it’s not just about delivering a monologue or giving information that there’s more to making disciples who make disciples than just conveying information, and actually looking for potential in people and opportunities and, and in what’s going on around them. Helping Teachers lean into that can be a really good way of activating those guys who are not necessarily wired up as an apostle or an Evangelist but wired up as a teacher to be able to step in to mission.

I find this language incredibly helpful. It’s not everybody’s cup of tea and people have different views about this but for me the language is robust and it’s clear in Ephesians four, everybody gets to play. How can we help the people that we’re coaching step into that? 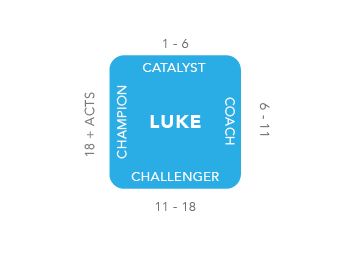 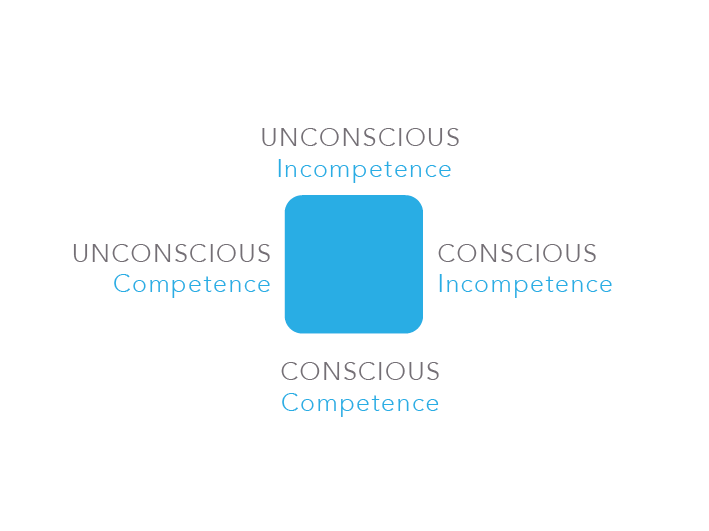 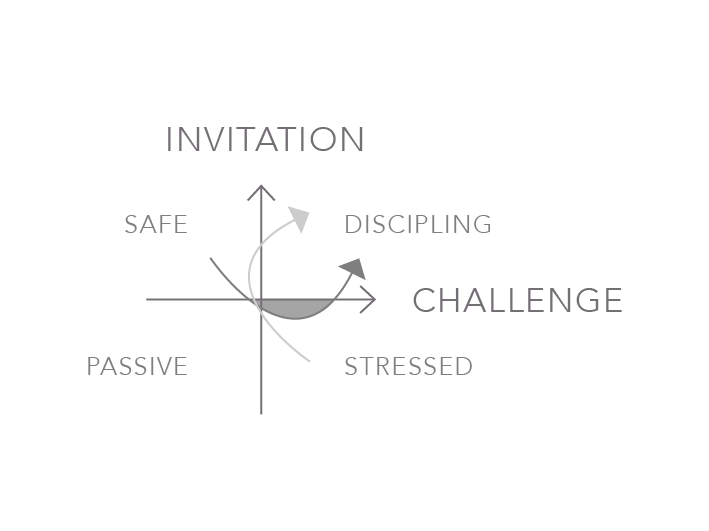 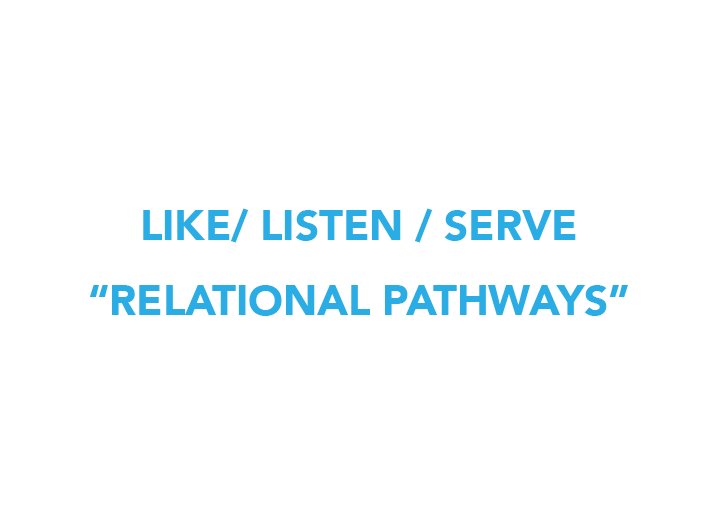 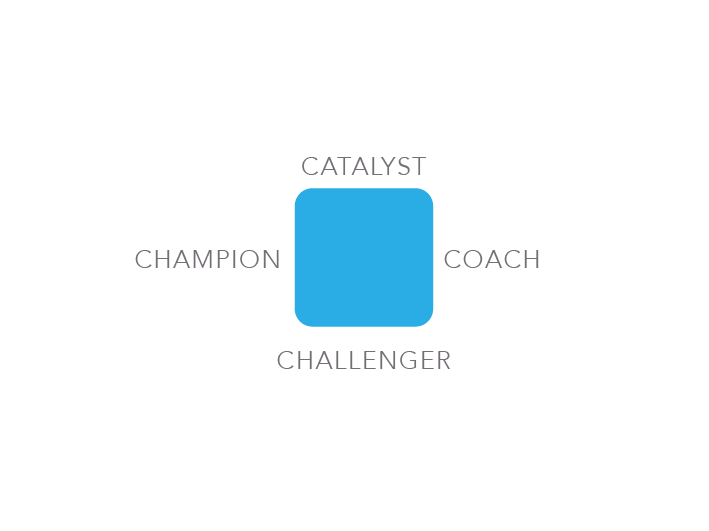 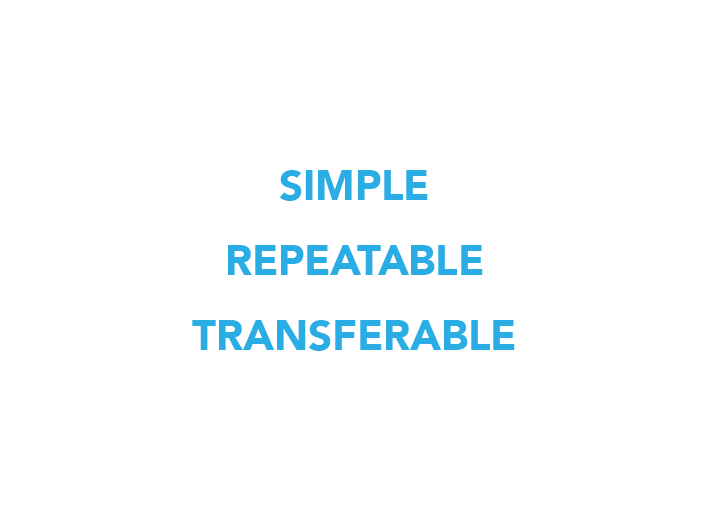